A comic about memory, microagressions, and anger

Ocean in My Kitchen
Square (Lyrics from Mitski's "Square)

For Super Smartphone, all text on screens is flattened into the provided art files, so part of my job is erasing the original Japanese text on the phone screens, retouching/replacing the screens with matching screentone, and laying out English text where the Japanese once was. Since this series releases simultaneously with the Japanese print edition on a weekly basis, all touch-up art and lettering is completed on an accelerated schedule.Touch-up Art Highlights
› "Googugu" logo creation & replacement, Eye pattern recreation, Smartphone screen moire recreation, Hand-drawn SFX (in speech balloons), Handwritten journal entry, page layout

A comic about memory, microagressions, and anger

Beyond the Horizon Literary Magazine

Ocean in My Kitchen
Square (Lyrics from Mitski's "Square)

This page is not public. Please do not share or distribute images on this page.
Deor by J.oori, unOrdinary by uru-chan

This page is not public. Please do not share or distribute images on this page.
The Kiss Bet by Ingrid Ochoa, Deor by J.oori

Foxlight is set during the annual Obon Festival and follows a lost fox spirit and the nonbinary noodle maker who helps him find his way home.

Coming 2022 from Z2 Comics // Rolling Stone Press ReleasePreorder here! http://z2comics.com/freddiemercury
Add it on GoodreadsFor the first time in comics format, Freddie Mercury: Lover of Life, Singer of Songs will be a journey through Freddie’s life; from his childhood in Zanzibar, through his formative years in England, to becoming the rock star known and loved by millions around the globe. The story is told in his own words, with each chapter giving a glimpse into the many facets of his life.

Fully funded on Kickstarter
More info here!I'm excited to be a part of The Out Side, a comic anthology of trans and nonbinary comic artists.

Fully crowdfunded! Thank you for your support.
Check out the website here.I'm an editor, web designer, and oneshot creator for Star Tales, an upcoming magazine featuring serialized black and white comics.

Check out the LIVE campaign here.I'm an editor for a mecha comic, They're After Aster by Oliver Ono and Aaron Sullivan, in Project Big Hype Volume 2, a black and white, action-oriented comic anthology.

A high schooler finds a phone that can search for anything on Earth and uses it to solve difficult crime cases!Art: Kentaro Hidano
Story: Hiroki TomisawaTranslation: David Evelyn
Lettering: Kyla Aiko

Read it for free on VIZ Media/Shonen Jump!I letter RuriDragon (Ch. 3 and on), a weekly simulpub manga. Lettering entails laying out text and interior pages as well as doing non-SFX touch-up art on a weekly basis.

Read it for free on VIZ Media/Shonen Jump!I letter Dandadan (Ch. 62 and on), a weekly simulpub manga. Lettering entails laying out text and interior pages as well as doing non-SFX touch-up art on a weekly basis.

Momo Ayase and Okarun are on opposite sides of the paranormal spectrum regarding what they’ll believe in and what they won’t. Their quest to prove each other wrong leads them down a path of secret crushes and paranormal battles they’ll have to participate in to believe!Story and Art: Yukinobu TatsuTranslation: Kumar Sivasubramanian
Lettering: Kyla Aiko (Ch. 62+)

Read it for free on Webtoon!
Season 2 premieres on July 3, 2022.I'm a lettering assistant on Mike Birchall's Everything is Fine, a Webtoon Original series (Ch. 26+).

Sam and Maggie are a normal couple, in a normal house, in a normal neighborhood. There is nothing strange about their heads, their neighbors or their sweet little dog. Everything is Fine.Creator: Mike Birchall

I am staunchly anti-NFT and anti-crypto. Do not contact me about making NFTs.

What programs do you use to letter?
It depends on the project, but for traditionally published comics/graphic novels I typically usually use Adobe InDesign to lay out text and Clip Studio Paint or Adobe Illustrator to draw speech balloons and sound effects.Adobe software is the industry-standard in traditional book publishing.If you're looking for non-subscription model alternatives, Affinity Publisher is similar to Adobe InDesign and Affinity Designer is similar to Adobe Illustrator (and both go on sale frequently).

Are you available for an interview?
Please feel free to email me at hello [@] aikosmith [.] com to coordinate an interview :)

What digital brushes do you use?
In Procreate I usually use brushes from these packs.
› Matt's Sketching Set
› Trisketched Ink BrushesI also usually use Procreate Pencil and Derwent (both are included with Procreate).In Clip Studio Paint, I usually use these brushes:
› Content ID: 1850295 文字ペン (second pen) from 主線と文字ペン pack by 塩分ウホウホ
› Content ID: 1730414 6pencil-soft by Rollermets

All About Literary Agents (comic creator specific)
› Danielle Chuatico and JesnCin's "Comic Creator's Guide to Literary Agents" (downloadable pdf, pay what you want)
› Wendy Xu's "Why You Should Get an Agent and How to Present Yourself to One: A Primer for Comic Artists"
› Victoria Ying's "Finding an Agent as a Graphic Novelist" 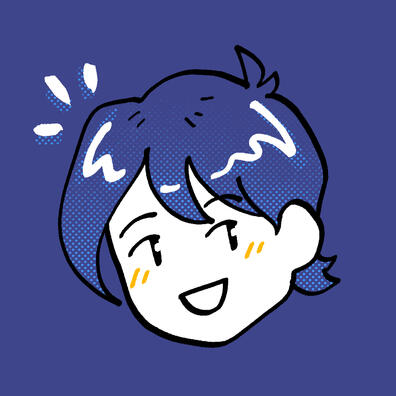 Support me on Ko-Fi
Purchase art prints on Inprnt

Kyla is an Asian American writer, artist, and editor who lives in a town with an ocean view.

When not writing or drawing, you might find Kyla learning the zhonghu, making handmade noodles, or listening to Mitski and Mao Buyi. 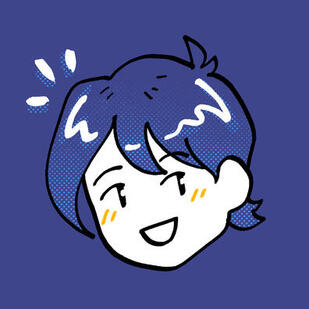